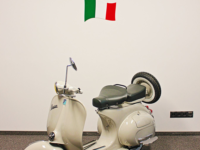 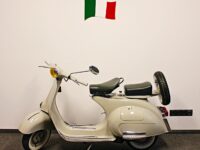 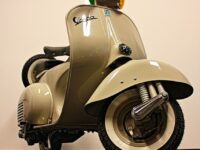 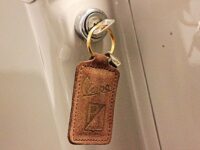 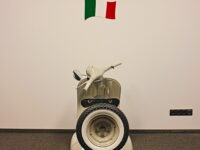 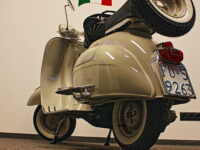 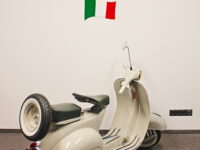 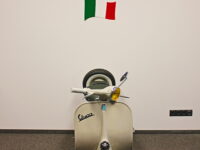 Piaggio Vespa 125 from the year of 1958 was a first model of Piaggio company with body made of two half-shells, which resulted in smaller weight and became a standard from now on. Engine, in a specific for Vespa way, is placed on the right side on the wheel, but it was more compact in this model than in the previous ones, especially due to a change in the structure of the swingarm.

Those vehicles were produced only in two color versions and what’s interesting, its code was included in the number of the body. VNA1 were painted in grey color and VNA2 (like the one we are offering) in light beige. This particular model is called „La dolce vita” thanks to the role it played in paparazzi race in Federico Fellini’s 1960 masterpiece.

The model we offer is preserved in excellent condition and is ready to drive.

It is equipped with an optional passenger seat and reaches speed up to 75 km/h. Nowadays, Piaggio Vespa 125 becomes the best choice for those, who would like to ride a classic scooter with a category B driving license.

(includes VAT) – the price includes free weekend for two, in our vineyard in Tuscany as well as the trip to neighboring factory and museum Piaggio. It is possible to buy the motorcycle without the trip. 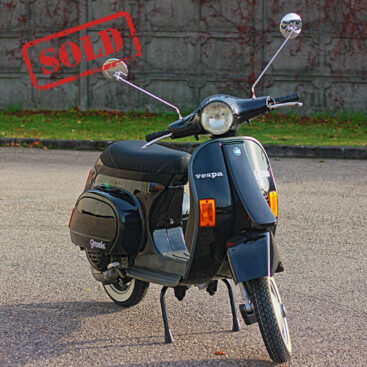 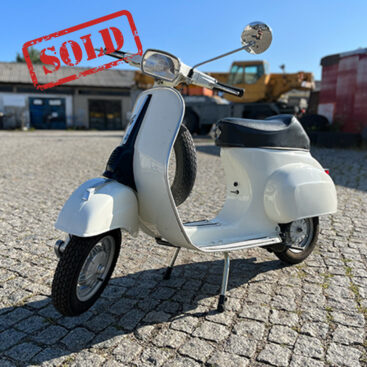 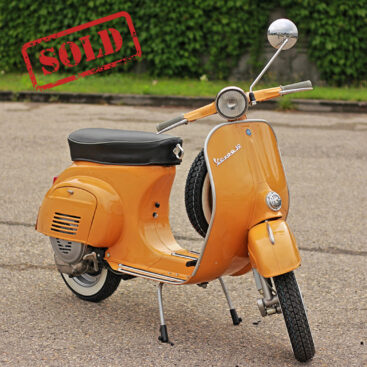 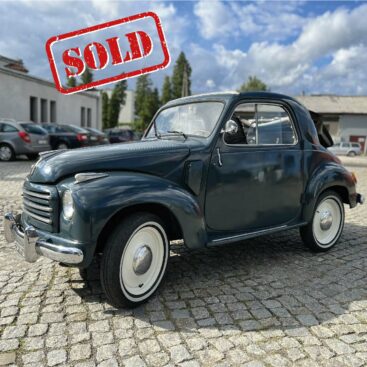